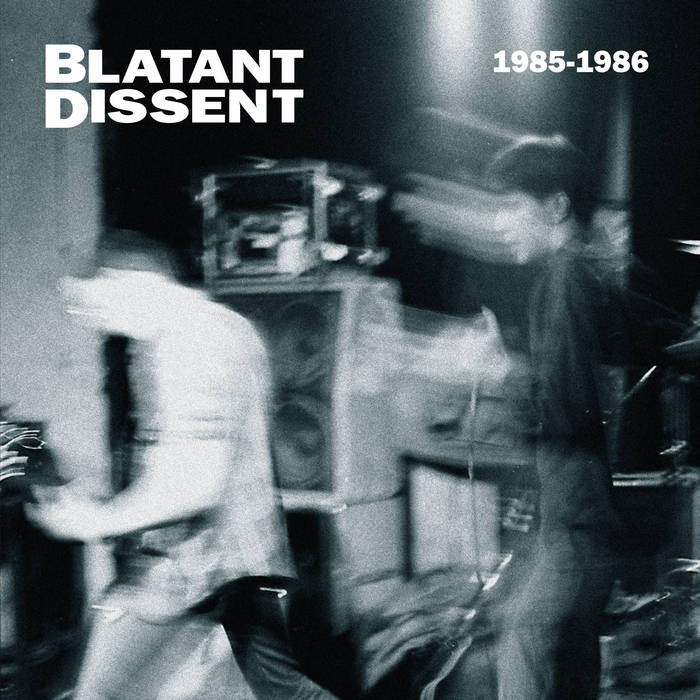 Blatant Dissent’s story is the story of evolution. They started in Dekalb, Illinois, in 1983 as a cover band. Over the next few years, Blatant Dissent developed and recorded their own distinct brand of midwestern indie-skate punk. By 1988, the evolution was complete and they had become Midwest noise-rock stalwarts Tar.

Their music had the backbone and energy of hardcore punk but Blatant Dissent were too smart and well informed to play run-of-the-mill uniform hardcore. Their style was also illuminated by the innovations of contemporary bands including Naked Raygun, whose Jeff Pezzatii produced their first session. Also influential were Chicago punk pioneers Trial By Fire as well as innovative national acts like Husker Du, The Minutemen and The Replacements.

After an initial demo, Blatant Dissent eventually recorded a total of 22 songs over two sessions between 1985 and 1986. Recorded by Iain Burgess and Steve Albini respectively, these sessions offer insight into the development of the group as they tightened their song writing and laid the groundwork for later becoming Tar.

During 2021 the original multitracks were remixed by the band with Steve Albini at Electrical Audio in Chicago. The music was subsequently mastered by Carl Saff and pressed into 160 gram color vinyl in Chicago at Smashed Plastic Record Pressing.